They interviewed addicts in jail, people on the road to recovery and local officials, some of whom have grown numb to the problem and others who have ambitious ideas to tackle the issue.

These experiences were part of an immersive learning project in which the two seniors and 25 other students produced “Unmasked: The Stigma of Meth.” This monthslong project yielded a 29-minute documentary, a website and magazine that showcase stories of hope in a county that leads Indiana in meth lab busts.

“I wanted to tell a story that went past the arrest statistics, finding out who these people really are,” said Wyman, who wrote the cover story for the project’s magazine. “I first went to the Delaware County Jail, interviewing seven people arrested on meth-related charges, and all but one wanted help to get and stay clean.”

The students told their stories from many angles: the county sheriff’s desire to see a comprehensive, countywide treatment center; the challenges of rehabbing former meth houses; a drug court’s success in reuniting families; a sheriff’s deputy who works in the narcotics unit; and the religious community’s role in battling addiction.

Wyman interviewed recovering addicts who talked about the daily struggle to stay clean, a kind of story she said she doesn’t see enough of in newspapers and on TV news.

“I went into the home of this very nice couple, who had lived through this nightmare for years,” said the Indianapolis native majoring in journalism and telecommunications. “They got high together, made meth together, survived a home explosion when their meth lab blew up and then were arrested. They got clean together and are now living their lives together, staying clean and healthy.”

From the moment Osterhoudt, who is studying telecommunications and theater, began creating the documentary, he was determined to put a human face on addiction.

“At the core, I want people to talk about addiction, but it is so difficult for family members and the victims themselves,” said the Sellersburg, Indiana, resident. “I want people to see that addicts are just people who are suffering and that most want a way out.”

A magazine was one part of the students’ project. Their work also yielded a website and a 29-minute documentary.

The immersive learning project was led by Ball State’s Terry Heifetz, an instructor of telecommunications and news director for Indiana Public Radio; and Juli Metzger, a journalism instructor and coordinator of Unified Media in the College of Communication, Information, and Media.

Metzger noted The Ball Brothers Foundation, the project’s underwriter, wanted to raise awareness about Delaware County’s meth problem. The county has led the state in meth lab seizures in recent years, with 148 in 2014 and 234 in 2015, according to the Indiana State Police. The point of the project, according to the foundation, was to shine a light on the positive work being done to help addicts and their families.

“The community is pushing for better solutions,” Metzger said. “Through law enforcement, legislative, medical, behavioral health and faith-based communities, there is progress to report.”

In addition to the project’s website, documentary and magazine, there are plans for a radio series to broadcast in early 2017 on Indiana Public Radio. Also, the documentary already released online is expected to air on WIPB-TV early this year and is set for a public screening at 7 p.m. Jan. 30 in Pruis Hall.

Students from journalism and telecommunications with focuses on documentary, graphics and web design, news broadcast, news writing and TV production contributed to the report.

“We’ve approached the project with solutions in mind,” said Metzger, who noted the technology in the media lab lets students work on various portions of the project at the same time — creating synergy among team members.

“We’ve talked with students about advocacy journalism, taking on a niche topic and becoming expert in it so that policymakers and those keenly interested in the topic turn to them for information,” she said. “Obviously, 15 weeks with the subject does not make students experts, but it gives them a sense of this emerging trend in journalism.”

Out of the comfort zone

Throughout the semester, students were pushed beyond their familiar boundaries on campus. Video production students contributed written stories while student writers did on-camera interviews.

“However, the most important part of the project is that we put students into environments they probably would never encounter during their college years,” Heifetz said. “So, we got students off campus and into the community.”

That was certainly the case for Wyman, who said the project took her out of her comfort zone.

“In the end, my reporting improved because I was thinking deeply about the entire issue, forced to talk to an entirely different population in a new way,” she said. “You can’t speak to a drug addict in jail the same way you would with an athlete in the gym because its two different environments. Maybe there are classes like this at other universities, but I doubt it because they could never be this intense.”

Osterhoudt believes his role in the documentary dramatically improved his time-management skills as well as his ability to organize and complete projects.

“It was a great learning experience because I had to come up with how the work flowed and then work with people on the magazine, website and others in various roles,” he said.

“I’ve spoken to my friends at other colleges, and they don’t get to do this kind of work as students. To be 21 years old and be overseeing a documentary is an incredible opportunity that prepared me for my life after graduation. I am ready to handle anything people throw at me now.” 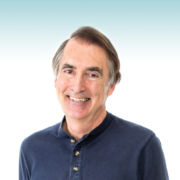 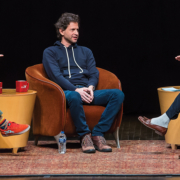 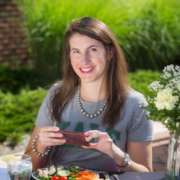