[dropcap]D[/dropcap]uring Eva Zygmunt’s first few education jobs, she began to realize that she and her co-workers hadn’t grasped the cultural differences of the young people they worked with.

“I didn’t understand the context of where I was. How is the culture of this community different than the one I grew up in?” wondered the associate professor of elementary education.

She’s since learned about culturally responsive education and has become passionate about using it to bridge that gap. Now Zygmunt and Ball State colleagues help future teachers better prepare to work with racially, ethnically, linguistically or economically diverse student populations.

“We wanted our undergrads to build authentic relationships with children and families in a diverse community,” she said. “We believed that to excel, our students needed to learn the context of children’s lives and apply that to their teaching.”

Building on existing departmental relationships, she and colleague Pat Clark received a provost’s grant to work with Whitely, a predominantly low-income and African-American community in northeast Muncie. Together, they have made literacy a priority and achieved remarkable results.

Listening to the community

Culturally responsive teachers must listen, learn and respond to community priorities before teaching, Zygmunt said. “It was important that we not come in with a predetermined notion of what the community needed. … You need to understand the children’s experiences, where they go to worship, what their parents do for a living and other factors that make a community.”

The first formal event was Moms’ Night Out in 2009, an evening of massages, dinner and discussion about what the area’s children needed.

But it was the willingness of Zygmunt and her colleagues to spend more casual time with residents that created a welcoming feel, Scaife said.

“It was the unplanned, truly informal meetings that I think created the opportunity for our community to see these professors were sincere. They weren’t coming in to just evaluate, fix a problem and then leave.” She said it was visits to churches and being where kids were, such as the local library and in the schools, gave them a true sense of the community.

Today, about a third of Longfellow’s K-3 students participate in the program, getting afterschool enrichment, weekend field trips and a three-week summer program to help them meet the state standard of reading proficiently before fourth grade.

The results were exceptional for the school with the highest percentage of low-income students of any Muncie elementary. Ninety-four percent of the first group passed the third-grade IREAD-3 exam, Zygmunt said; the whole second group passed. The initial state average was 84 percent.

“It would not work without the dedication of the community,” Zygmunt said. “They have invested hundreds and hundreds of hours in our undergrads because they know it matters.”

Meghan Pea and Nate Breneman, both juniors, know how to make the after-school enrichment program fun and engaging. By the end of the semester, they are as transformed as the children in the program are.

Zygmunt and four other professors, plus a class of Ball State elementary education majors, supplement the work of Longfellow teachers during school and in the afterschool program. Students enrolled in Schools Within the Context of Community have only that class for that semester. They teach and serve in Longfellow and Buley Community Center while learning from faculty and community members.

While junior Jacob Layton waited two years to get into the program, it didn’t take long to connect with the residents.

“In the Whitely community, we feel like we are at home. We feel we have a personal stake in the success of the community. We go above and beyond because our students deserve the best level of education.”

Other program achievements include:

The program has had ripple effects.

Undergrads understand the effect, too.

“Eva Zygmunt is playing an integral role in transforming teacher education for the better and has contributed largely to the successes of many,” said junior Abbie Trosper. “She is a teacher not just in a literal sense but in every facet of life.”

Benefits for Whitely go beyond better test scores. Zygmunt’s become almost like family. “Our kids think that Dr. Eva and others live in Whitely,” Scaife said. “They think they work at Longfellow and they are volunteers at the Buley Center. Some of the kids even call Dr. Eva ‘auntie.’

“These are people who love the community,” Scaife said. “They’ve said, ‘We want to live in this space with you.’ It’s because they are getting just as much, if not more, benefit than they are giving. It’s changed their lives in unexpected ways.”

And others have taken note. A nationally recognized expert visited Whitely in 2010 and again in 2011. Peter C. Murrell Jr., then a professor of urban education at Loyola University Maryland, wrote a book about culturally responsive education and the foreword to the book by Zygmunt and her colleagues.

His reaction to the program?

“Have you ever dreamed about something your whole life and really believed in it … then you started wondering if maybe you were wrong and it couldn’t happen?” he said at the time. “Then all of a sudden, you find yourself sitting right in the middle of it.”

Zygmunt has, recalling a recent gathering of some of her passionate undergrads.

“We had 15 students sitting around the dining table at 8:30 at night, and we’re on a conference call with students from universities across the country,” said Zygmunt. “And I’m looking at these students, who are new civil rights activists — and I can’t wait to see what they are going to do and be and how they are going to impact kids and communities.” 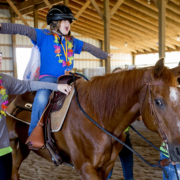 Students Take a Page From the Past in Book Arts Collaborative 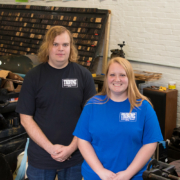 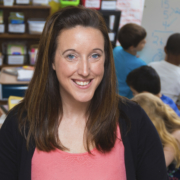