[dropcap]S[/dropcap]T. LOUIS — It was the middle of spring break. The sun brightened the skies and warmed the air on an inescapably pleasant day away from classes.

Yet 14 Ball State students were neither sunbathing on a Florida beach nor relaxing at Mom and Dad’s. They were huddled around a table under humming fluorescent lights in the cinder block-walled basement of a century-old nonprofit in a disadvantaged neighborhood. There, they spent their afternoon filling out applications for food stamps as part of a poverty simulation.

The group, all participants in the Alternative Breaks program, was going through an educational exercise in which they planned and budgeted groceries for families living below the poverty line and using government assistance to help cover the costs. The families in this case were imaginary, but the $12,000 household budgets they were imitating are a very real representation of the people the students were there to help.

Since 2004, Alternative Spring Break has shipped students around the U.S. for their spring breaks to volunteer for nonprofits. This year, the organization spent time with Kingdom House, an organization south of downtown St. Louis that provides educational and outreach services to the immediate area’s neighborhoods with the overarching goal “to help people achieve better lives.”

“These sorts of experiences are a privilege. Not everyone gets to have them. But they’re also a responsibility,” said Dan Richter, Kingdom House’s director of volunteer engagement and service learning.

Alternative breaks are just one of the many opportunities for Ball State students to work closely with communities and make a difference through Student Voluntary Services. See how you can make a difference.

“So we’re particularly happy to have a group like Ball State here because it’s going to be a life-changing event that could lead the students into jobs and volunteer engagement, but certainly affect change in their own communities,” Richter said. “We’re really appreciative that the students from Ball State elected to come here.”

After trekking roughly 300 miles for the volunteer project the Alternative Spring Breakers spent a day settling into their shared quarters of a dormitory-style home owned by Kingdom House.

Students spent the week playing with preschoolers, weeding garden beds and other day-to-day activities the nonprofit routinely needs help with.

Student David Kosciulek washes broccoli and other vegetables before a cooking class for teens.

One evening, Alyson Gouveia, a junior majoring in elementary education with an English as a new language concentration, and David Kosciulek, a freshman entrepreneurial management major, teamed up with Kingdom House staff and volunteers to teach a healthy cooking class to neighborhood teens.

While Kosciulek supervised the “meat station,” where two of the teens sautéed ground turkey for lasagna, Gouveia sat alongside another group as they chopped, sliced and diced their way through the zucchini, broccoli and other needed produce. As one of the kids heartily hacked at a garlic clove with a large chef knife, Gouveia gently corrected his swing into a modest shave and smash.

“I got this knife because you have to do both, chop and smash it,” she explained before the conversation progressed into a more somber discussion about her student’s frustrations with school, helping him realize teachers care about their students a lot more than he realized.

Meanwhile in the kitchen.

Kosciulek: “No, I think it’s turkey.”

Kosciulek (matter-of-factly): “Yeah, but I think this is healthier for you.”

Later that evening, Gouveia reflected that the cooking class was exactly what she was hoping to do on this trip.

“Ball State does a really good job of offering unique opportunities where we’re able to engage with different communities, whether it’s the Muncie community or communities around the country, such as St. Louis,” she said.

“Doing so allows us to see different ways of life, different cultures, learning new things that we might not learn in the classroom, and that’s an important part of our education. Ball State realizes the value of real-world experiences and has really incorporated that through opportunities such as Alternative Break.”

The hands-on service work, however, was only part of this spring’s St. Louis trip. The other piece involved participants educating themselves about the greater social issues Kingdom House’s families face, in hopes that the students could then take that knowledge and lead change in their own communities.

“I think that service is important and it certainly addresses an immediate need — if you don’t address that need, people go hungry, or people don’t have access to education, or what have you,” said Kingdom House’s Richter. “But I think to be able to take a deeper look and say, ‘What are the situations that surround it?’ or ‘What are the systems that exist that we might be able to examine once we go back home?’ that’s equally as important when you’re talking about issues around social justice.”

Students Breanna Winfrey (from front), Jihan Xu, Ramey Cornett and Faye Steele browse meat and seafood selections at a St. Louis grocery store. The group was doing a learning exercise in which they tried to buy a week’s groceries based on a food stamp budget.

Throughout the week, students broke from their labors and convened for group discussions and other classroom-style activities.

One such session required the group to assemble into mock-families and plan their menus for the week. Then the teams traveled to grocery stores in the area to “shop” for the food they needed for those menus using budgets typical for someone using food stamps — $4.23 per person for three meals per day, or a little more than $100 for a family of four to eat for a week.

Not only did the exercise introduce the students to the challenges of buying groceries on shoestring budgets but also “food deserts,” areas that lack affordable fresh fruits, vegetables and other whole foods.

One quartet traveled to a store closer to Kingdom House and its clients. About a mile away, the trip was easy enough to do in moderate weather. But the store is in a neighborhood where median household incomes are triple those on the other side of the bordering street. The shop’s gourmet brands, and higher prices, quickly left the group flummoxed about what they could actually afford. They found themselves reshelving what they grabbed and reconsidering their menu altogether.

The predicament for the neighborhood was clear for Kingdom House’s families.

“One place is cheaper but way out of the way. Another is closer but much more accommodating to the wealthy side of St. Louis,” surmised freshman mathematical sciences major Breanna Winfrey.

Exercises such as the grocery store trip were undoubtedly enlightening, but what struck Winfrey most, she continued, was how little those struggles swayed the spirits of the children she met.

“The kids are just so joyful,” she beamed. “When it comes to the kids, they don’t pay any mind to it. They’re still, like, jumping off the walls and climbing on the monkey bars.”

Opportunities at Ball State like the St. Louis trip date to 2003, when the current program began taking shape because of a student’s question: Why doesn’t Ball State have an alternative breaks program?

Online student Brianna Meyer helps preschool students with a classroom activity. Meyer drove from her home in Iowa to Muncie to meet up with the Alternative Spring Break group so she could get the full experience of the volunteer project.

“I didn’t even know what that was,” said J.R. Jamison, ’01 MA ’03, who at the time was a university official involved in engagement efforts.

Jamison and that student, Danielle Frazier, ’07, who would later become a student Board of Trustees member, began researching and found that Ball State had a program that had atrophied in the mid-1990s.

Frazier and Jamison, now executive director of the Indiana Campus Compact, chose a destination from the previous program, the coal town of Caretta, W.Va., as the new group’s first trip, in spring 2004.

A fall break trip followed that year, in which students helped return abandoned farmland in Morocco, Indiana, to its previous, natural habitat. And the program continued to grow from there.

In the subsequent years, the program has attracted students across an array of majors with varying degrees of overlap with the Alternative Break’s mission.

“I think the types of majors like social work or education … it’s easy for people to find those connections,” said Ramey Cornett, an accounting major.

“In majors like business and accounting, you wouldn’t think it was so important. But to me, anyway, it’s even more important because of things like economic development; those skills that we learn in business classes can be exchanged into helping create that social change.”

In her third year of participating in Alternative Breaks, senior social work major Asia Morris has taken the work she’s done and applied it in other corners of her life, a lesson that is a hallmark of the program. 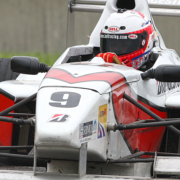 Ball State’s ‘Shrek the Musical’ Is a Sutton Foster Homecoming...