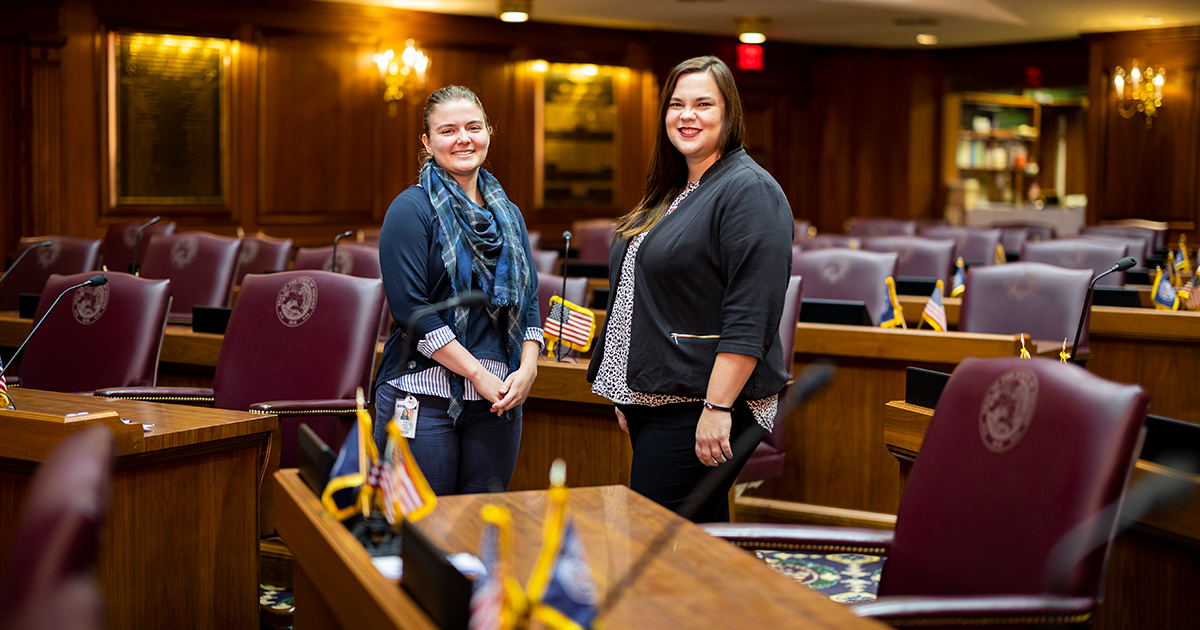 Troi Watts, ’13, and Samantha Holifield, ’14, are two recent Ball State graduates who have turned internships into full-time jobs at the Indiana Statehouse.

It’s not surprising the Indianapolis Business Journal identified Julie K. Griffith, ’79, as a Woman of Influence  in 2016.

Ms. Griffith serves as secretary for the Ball State Foundation Board, is a member of the Dean’s Advisory Council for Ball State’s College of Sciences and Humanities, and is executive vice president for strategy, partnerships and outreach for the Indiana Innovation Institute, which addresses national defense issues. Ms. Griffith also held executive positions with large utility corporations, overseeing government relations, regulatory affairs, marketing and business development.

Like many Ball State alums, Ms. Griffith’s ability to exert influence and evoke change comes from having worked initially as an Indiana Statehouse intern.

“That experience really has served as the foundation of my career,” she said. “It truly changed the trajectory.”

In 1979, Ms. Griffith was assigned to work with then- Republican Senate Majority Leader Jack Guy from Logansport and Sen. Dick Harris from Evansville. 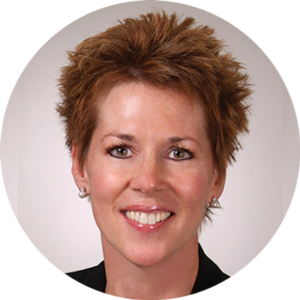 “Once in the Statehouse, one never leaves,” Ms. Griffith said. “You get exposed to so many influential people, whether that’s other interns, legislators, or those involved in lobbying efforts.”

She has maintained close ties and partnerships with fellow interns and others she met at the Indiana Statehouse as a student.

“Even today, what I’m doing involves a strategy of partnership and outreach, which I learned in the Statehouse,” she said. “I would encourage anyone to take advantage of this opportunity. They’ll have so much fun and learn so much that is fundamental to one’s success.”

As a Political Science major in 1979, Ms. Griffith was among the first 15 or so Ball State students to sign up for the Statehouse Internship Program started by Mike McDaniel, ’73 MPA ’79. His association with Indiana politics began as a Ball State graduate student intern in the General Assembly. He eventually served as Republican state chair and as former director of governmental affairs at Ball State.

Though the internship program started at Ball State, several Indiana-based Universities have since participated.

Dr. Jeff Papa, MA ’99, served an internship in 1993 while earning his bachelor’s in Economics from Rose-Hulman Institute of Technology.

After earning a master’s in Business Economics from Ball State, as well as law degrees and a doctorate in educational administration leadership from other institutions, Dr. Papa worked as an immigration attorney.

“The work the interns do is essential,” Dr. Papa said. “Indiana is pretty unique if you look at the numbers of full-time employees in the Statehouse. It’s one of the top two or three states in terms of operating efficiently and employing the fewest number of people.” 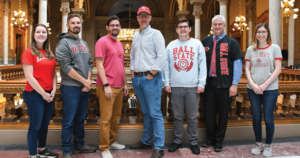 Interns benefit by learning management, research, and organizational skills, including how to prioritize, Dr. Papa said. They also discover the value of positive interaction for addressing constituencies, and gain important networking opportunities.

Becca Polcz Rice, vice president for Governmental Relations at Ball State, also spoke of those benefits. But she also sees the Statehouse Internship Program as a point of pride for those who have served.

“Ball State’s commitment to helping to recruit students to participate in the program reflects our commitment to serving the State of Indiana,” she said. “Oftentimes alumni of the intern program who are also Ball State alums stick around the Statehouse and, as their careers progress and scope of influence expands, it’s of great benefit to the institution.”

“Like a lot of people, I wasn’t sure about what job was right for me, what I wanted to do, so the internship helped me to see,” she said. As a communications intern, she started out writing first drafts of press releases, creating some graphic designs and ghost-writing columns for legislators.

As happens with many interns, she later assumed a full-time position, as a press secretary in May 2015, working for the Indiana House Republicans. By 2017, she was promoted to senior press secretary.

Troi Watts, ’13, of Muncie, signed on as a legislative intern for Indiana’s House Democrat Caucus. “I realized I’m happiest when I’m making a difference in people’s lives,” Ms. Watts said.

She answered calls and inquiries from Indiana residents and others.

“I learned a lot about state government,” she said, referring to orientation classes and all that followed. “Overall, it was a fast-paced three months, which I liked. I was never bored.”

With the COVID-19 pandemic, her work intensified. “Many of the calls were very emotional, people having trouble getting unemployment benefits after being put out of work due to the pandemic,” she said.

When a full-time press secretary position became available, Watts, who majored in creative writing, put her skills to practice.

“I’m aware of different narrative styles, so in writing on behalf of a particular legislator, it helps if I can capture their voice,” she said.

“I would say this work has broadened my perspective and made me consider different angles to pursue ahead of me,” Ms. Watts said. “I have gained so many transferable skills I can use going forward.” 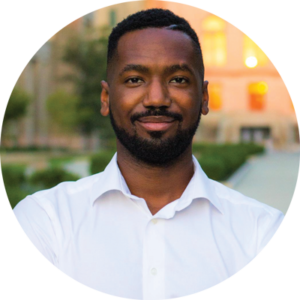 James Wells, ’17, Gary, Indiana, pursued a legislative internship with the Senate Democrat Caucus, he said, “because I wanted to get some political experience under my belt.”

He tapped into his urban planning knowledge he gained at Ball State. He also came to realize the value of self-promotion.

“Not in an egotistical sense, but you have to put yourself out there, suggest meeting people for coffee or a bite to eat,” said Mr. Wells, a former president of Ball State’s Student Government Association.

“The internship helped me realize, every situation takes on a specific meaning,” he said, “… but the way to problem-solve doesn’t change. I got to see how things connect, from the Statehouse, to Fortune 500 companies, to nonprofits. It was great being able to take all these ideas and create a good message, but also learn how to listen.” 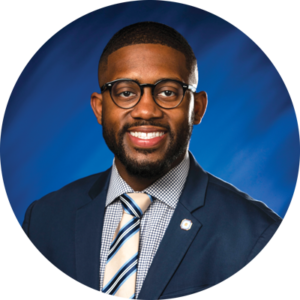 Jalen Jones, ’20, started working in January 2020 as a legislative intern for the Indiana House Democratic Caucus.

As the recipient of the Jesse Nixon Award—which recognizes graduating senior students of color who break barriers and make positive lasting impacts at Ball State—Mr. Jones puts his computer skills to work tracking constituency inquiries. His innovations have helped to place state resources where they are needed most.

Two evenings a week, Mr. Jones would drive back to Ball State for a capstone class. Other evenings he completed coursework for an online class.

“I immediately told myself I couldn’t do this, but I received a lot of encouragement from my professors and advisors,” he said.

“I got to work closely with legislators and had a front-row seat seeing where bills originated, when they passed out of committee, when they were presented for first reading and when they were sent on to the House,” he said.

Mr. Jones now serves as a legislative assistant to Indiana House Democrats. “I’m grateful to be in a position to change lives of those who need help and to amplify their voices,” he said. 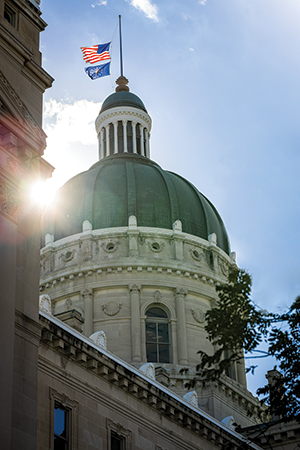