Close your eyes. Think of a Black man in a hoodie. Do you have an image in your mind? A feeling in your gut?

Now think of a surfer. A kindergarten teacher. A teenager on a skateboard.

The initial thoughts and reactions you have to these shorthand descriptions seemingly occur subconsciously, without your control. They are called implicit biases, or “snap judgments,” said Dr. Marsha McGriff, associate vice president for inclusive excellence at Ball State.

“These are just little imprints or, more technically, psychological schemas of how something should look based upon our vast world of experiences,” McGriff said.

Those little imprints may seem harmless. Yet personal biases can affect the ways we instantly react to others different from ourselves, and information sources such as the media can influence those biases in profound ways.

Removing our bias blinders has been a mission for Sociology Professor Dr. Melinda Messineo over almost three decades. Beginning her research in graduate school at the University of California, she studies how media outlets portray race, class, and gender and how that, in turn, influences people’s innate biases.

In recent years, she’s turned that research into action, working with community organizations, nonprofits, educators, and students in training that helps people recognize and counteract those biases.

Messineo—who chairs the Department of Psychological Science and is a faculty fellow in the Office of Inclusive Excellence—believes this training can change minds, and surveys with participants back up that belief.

Participants share that they feel empowered to make a difference in their own lives. They share that it impacted their perspective, gave them a lot to think about, and gave them tools they can use immediately.

Success has been gradual. “People want to have an inclusive campus but at times it is not the first priority. But the culture is shifting,” she said. “Now there is a very high demand.”

“Bobby is a phenomenal advocate for students and is committed to creating an inclusive campus. He had been doing great work in this area and we decided to partner up on events that had both students and faculty.”

In addition to implicit bias, their workshops focus on “microaggressions.”

According to psychologist Derald W. Sue, who’s written two books on the subject, microaggression refers to “everyday slights, indignities, put downs, and insults that people of color, women, LGBT populations, or those who are marginalized experience in their day-to-day interactions with people.”

A lesbian being told she “doesn’t look gay” or non-white person complimented on their use of “good English” are just two examples. As with implicit biases, such microaggressions are often not even recognized by the speakers.

That’s important, because such behavior can create barriers as an institution like Ball State works toward building an inclusive community, described by President Mearns as “a campus culture where every person feels welcome, respected, and valued.”

“A lot of the challenges we face in terms of building an inclusive community are connected to the assumptions we make about groups different than our own, and these assumptions are often wrong,” says Messineo.

“When we understand these assumptions, we can rely on them less and have more positive interactions and build a supportive community.”

McGriff echoed Messineo’s hopes for the workshops. She said the goal is for participants to notice that they are making assumptions and then act upon stopping them before responding verbally or physically to a given situation.

It is a process. Being mindful of your assumptions is so critical—and doing it before you act upon it, and say or do something that can be potentially damaging and hurtful, is so important.

McGriff said she finds these workshops satisfying not just for participants, but for herself as well.

“That educational part of it is always gratifying. We’re educators at our core.”

Dayna Thompson, director of Ball State’s Charles W. Brown Planetarium, said that she regularly uses tools gained in Messineo’s workshop in her role at the planetarium and as co-chair of the International Planetarium Society’s Equity, Diversity, and Inclusion Committee.

“In an international community— and any establishment that’s working with the public and inviting people from all different backgrounds into their space—there’s a huge need to be inclusive and respectful,” Thompson said.

“If science communicators can better understand how to approach the public and have meaningful conversations, practicing humility, it helps us be better leaders to our staff, but then it also helps us be more inviting to the public.”

Thompson said that Messineo has specific phrases and tools that workshop participants can use and practice, including: “Pause, interrogate your assumption, ask, ‘Do I have enough information to make this assumption?’ and then respond.”

“There’s a lot of times when you go to a workshop, there’s a lot of information that’s given to you,” Thompson said. “But you’re left with, ‘Okay, now I have all of this information but I don’t know what to do with it,’ but [Melinda] leaves you with a call to action.”

Messineo said it’s important to remember that bias training takes time, and although participants leave workshops with tools and information to improve how they act upon their biases, change is a process.

“We have to remember it is a marathon and not a sprint, and pacing yourself is important. But ultimately, I believe that we can grow and learn and support one another more effectively.”

At the same time, she has noted improvements regarding inclusivity on Ball State’s campus, and hopes the community will continue to strive for a climate of true inclusivity.

“Having a strategic plan and an inclusive excellence plan is a phenomenal step toward building the community we aspire to be,” Messineo said. 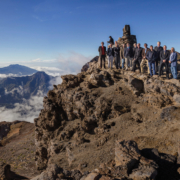 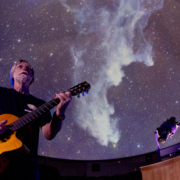 Science on a Six-String: Physicist Treks From Anderson to 'Astronomical Rock'