This year marks the 100th anniversary of the passage of the 19th Amendment, which guaranteed women a constitutional right to vote in the United States.

Muncie and members of the University’s namesake family played critical roles in pushing for women’s suffrage in Indiana, according to Ball State suffrage expert Melissa Gentry.

The multimedia maps she creates adeptly combine history with geography. For her latest project, in partnership with the Indiana Women’s Suffrage Centennial Commission, Gentry is mapping key locations in the Hoosier suffrage movement.

She recently took time to chat with Ball State Magazine about the project highlighting Muncie’s important contribution to women’s right to vote.

What can you tell us about Muncie’s involvement?

East central Indiana was really where the suffragist movement in Indiana was born. Many of the women were Quakers located near Richmond. Originally, the leaders were speaking about abolition, but it evolved into women’s rights and suffrage.

Who were some of those women?

One early pioneer from Muncie was Emma Montgomery McRae. She was a reformer and innovator who served as the first principal of the Muncie Central Academy, which eventually became Muncie Central High School. The academy met in the basement of the Universalist Unitarian Church. It no longer exists, but if you know where the Cintas Man billboard is downtown, that’s where the church and academy were. 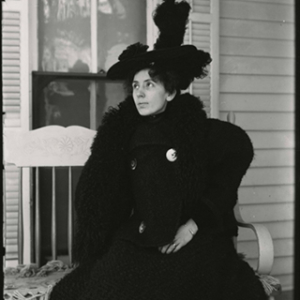 Susan Ryan Marsh, born in Muncie in 1865, was an artist and civic worker in Muncie who helped pay for a special legislative session when Indiana ratified the 19th Amendment.

Seven women graduated from the academy’s first class in 1868. Years later, they formed the McCrae Club in honor of their principal to advance women’s rights. That evolved into the women’s club, and those women helped form the Women’s Franchise League of Muncie, which formed in 1912 with meetings at that same Universalist church.

You also had women like Ida Husted Harper, who graduated in that first Muncie Central Academy class. She actually spoke about women’s rights in her commencement address. She was a feisty newspaper columnist and editor and went on to become Susan B. Anthony’s official biographer.

Then there is Susan Ryan Marsh, born in Muncie in 1865. She was an artist and civic worker in Muncie for more than 70 years. Famousmusicians and painters would often gather at her house. When Indiana ratified the 19th

What more can you tell us about the Ball family?

When it came to suffrage, they were on the right side of history.

Among the first people to join the Women’s Franchise League of Muncie were the Ball women: Bessie Brady Ball, Bertha Crosley Ball, Emma Wood Ball, Sarah Rogers Ball and her daughter Helen. They hosted suffrage meetings in their homes and supported the organization financially.

But it wasn’t just the Ball women. Many of the Ball men supported suffrage, also. Sarah Rogers Ball’s husband, Lucius, one of the five original Ball Brothers, was himself a member of the Franchise League.

Do people know this history?

It’s just not taught. This year there is a lot more public programming around suffrage. But the percentage of women mentioned in history textbooks is bleak. And a lot of women are only mentioned in reference to their husbands. Historic women have just been overlooked.

However, I’ve been traveling the state speaking to educators, and even men who teach history are aware we need to focus on the history of women, too. That gives me hope.

Where does your inspiration to do this work come from?

My grandmother, Julia Young Gentry, was a campaign volunteer for Indiana Senator Birch Bayh. She lived on a really big farm, and my sister and I used to spend summers there. We’d go inside and she’d be watching the Watergate hearings and pointed out the women attorneys and aides.

What will result from your research? 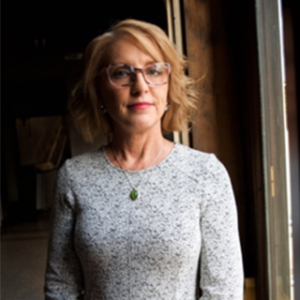 Melissa Gentry, above, sees many applications for her research, including a Muncie-specific walking tour of suffrage history. (Photo by Mallory Huxford, courtesy of Daily News)

I’ve created paper maps of Indiana history that you can access digitally. They are primarily classroom resources for teachers. I actually sent the maps to a teacher in Missouri. They were studying the Middletown Project and expanded their lessons to include women’s history in Muncie.

I’m working with a group from the Delaware County Historical Society called Notable Women of Muncie to create public programming, and now it has expanded into an Instagram account and webpage. Ultimately what we want to do is create a Muncie-specific walking tour of suffrage history that you can access on your smartphone. It would coincide with an online story map that tells Muncie history, and we are thinking we will debut that next year. And we want to create books, biography flashcards, and videos for use in classroom learning.

6 Alumni Who’ve Made Life Better During the Pandemic