Cardinals Share Their Favorite Memories of the Residence Hall Complex

Nobody ever said the LaFollette Complex was luxurious.

Responding to a surge in baby boomer enrollment, the University built the huge residence complex, which could house as many as 1,900 students, as quickly as they could. Residents complained that LaFollette was crowded and always too hot or too cold (it had no central air). New and renovated residence halls opening in recent years offer more comfort and amenities, and typically house 500-600 students clustered by major in living-learning communities. 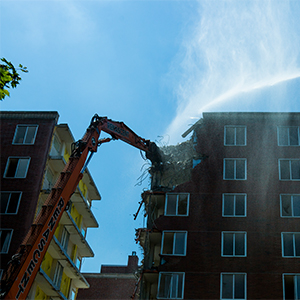 Yet, despite all its shortcomings—or, perhaps, because of them—LaFollette holds a unique place in the hearts of generations of Cardinals since its 1967 opening. Students embraced living there as a badge of honor. The high-density conditions encouraged camaraderie, friendship, romance, hijinks, and the making of countless memories.

Another phase of demolition has begun this Summer that will eliminate all but Brayton/Clevenger halls. “BC” will remain standing for an unknown period of time before its eventual razing.

Earlier this Spring, we announced on Facebook the beginning of a new phase of a years-long demolition. Readers responded with a whopping 1,900 comments listing memories conveying the unique sense of community that was part of daily life in LaFollette.

Here are a few of our favorites…

Battle of the Sexes

“Fourth floor, Knotts Hall. “I Am Woman” blasting out the windows after Billie Jean King defeated Bobby Riggs. The blizzard that sent us home early for Christmas Break 1973. The spring of 1974 tornado. Trying to beat the girls next door to answer the rotating phone in the wall without getting my hand caught.”

“This was my campus home in 2000! Lot of fun memories. I would have dinner at the complex in the main floor and would always leave with an ice cream cone 10+ inches tall. Everyone thought I was crazy, but it’s all about wrist control.” 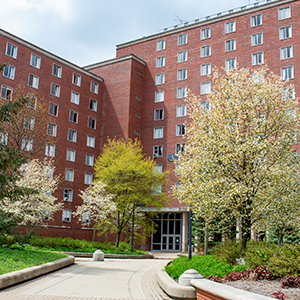 “Fire alarms in the middle of the night. Friends getting busted for having boys in their room after hours. One got caught during a fire alarm because her boyfriend’s feet were sticking out of the covers trying to hide on the top bunk! We were all standing outside freezing in our bathrobes wondering where he was! And the list goes on!!!!”

“I lived in LaFollette for my first three years at BSU—my first two on the second floor in Knotts/Edwards (WHAT UP DUECES!!!), and my third year I was an RA at Woody/Shales.

“Countless memories. Too many to even rank them but the best were the many LASTING friendships, many I still have today, that I made. Trips to Out of Bounds. I remember a food fight breaking out at one of the finals week midnight breakfasts. Always a short walk to Worthen Arena and the gym to play or workout. Ahhh, they still bring a smile to my face.”

Even Lloyd the Cat Loved LaFollette

“I lived on Brayton 8 as a freshman, Knotts as a sophomore. My husband and I met as freshmen in September of 1992 at an audition for Absolunacy in the Brayton/Clevenger penthouse. Some of my dearest friends I met that day.

“We now live in the neighborhood behind LaFollette and see it every day. This is going to be different. Our cat Lloyd is going to miss it horribly. There are reports he’s been let in on more than one occasion.” 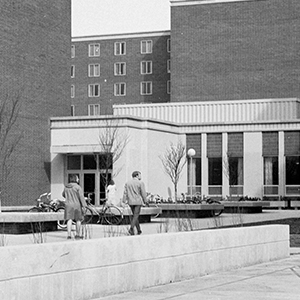 “This is where I met my best American friends with whom I am still in touch. Great memories of my youth as a French Fulbright assistant back in 1969.”

“I lived in Mysch/Hurst my freshman year of 1993. There was the small incident of the “electrocution” from stapling Christmas lights to the ceiling while plugged in. …”

5 Great Summer Hangouts in (and around) Muncie