[dropcap]F[/dropcap]or Tayla Lee, the New Faculty Academy has abated the stress of her first year as a college professor.

“It’s easy to feel like you’re alone in this,” said the assistant professor of psychological science. “Having a program where you hear other first-year faculty sharing the same doubts is reassuring. It lets you set aside that anxiety and focus on the job instead.”

“Having a program where you hear other first-year faculty sharing the same doubts is reassuring. It lets you set aside that anxiety and focus on the job instead.” — Tayla Lee

Lee is among about 50 junior faculty members in the program’s inaugural class. They spent the fall semester immersed in weekly themed group mentoring sessions that covered everything from effective teaching and time management skills to an in-depth review of the university’s mission, resources and policies. Outside the classroom, they got to know each other through coordinated trips to restaurants, coffee shops and the local farmers market.

Kristen McCauliff, an assistant professor of communication studies, is one of seven facilitators for the New Faculty Academy, which she calls an “intense boot camp.”

“Our hope is new faculty see participating in it as a privilege,” she said, “because it’s pretty unusual, what we’re doing here.”

Nationwide, few universities offer mentoring programs as comprehensive as the New Faculty Academy. Many are voluntary, and most, like those at Harvard and Northwestern universities, are conducted at the college, rather than institutional, level. Few provide reduced teaching loads for participants, as Ball State has done.

“Letting us teach fewer classes so we can participate shows how much Ball State cares about not overloading first-year teachers,” said Abdel Bidaoui, an assistant professor teaching Arabic and French in the Department of Modern Languages and Classics. “That makes me feel like I made the right decision coming here.”

The facilitators made their own commitment. Each invested more than 100 hours in planning, leading and reviewing the sessions. Plus, administrators challenged facilitators by giving them complete control.

“I think that’s where the nurtured risk comes in,” said David Concepción, a faculty facilitator and chair of the Department of Philosophy and Religious Studies. “You pull together the right people with the right amount of entrepreneurial spirit leading this, and they’re going to use their talents to ensure the program succeeds.

“I had some great mentors early on in my career, and this was a way for me to give back.”

Faculty mentor Michael O’Hara says Ball State has offered such programs before, most notably voluntary Alpha seminars several years ago. What distinguishes this iteration of new faculty mentorship is the high level of administrative support.

“There’s been a significant amount of resources dedicated to the program,” said O’Hara, associate dean of the College of Fine Arts, “and that’s encouraging to us.”

Facilitators and other campus leaders hope the New Faculty Academy will become a national model for higher ed.

To that end, facilitators will meet throughout the spring semester to evaluate their first efforts, comparing them to other programs across the country and then spending the summer developing and improving the academy for next fall.

O’Hara said there also will be a “faculty learning community” run by the Office of Educational Excellence this spring. “We hope many of our New Faculty Academy members continue participating in this scaled-down, voluntary effort, building on the momentum we’ve achieved.”

McCauliff said perhaps someday there won’t be a need for the New Faculty Academy. “If it does its job the way we intend it, and we make fewer hires every year, then there’s a chance the model eventually becomes obsolete.”

Lee and Bidaoui agree the advantages of the program are great enough that next August’s new faculty deserve to benefit from it as they have.

“I know so many things and feel so informed because of it,” Bidaoui said. “It’s given me the knowledge of 10 years’ worth of teaching.” 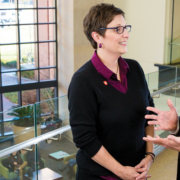 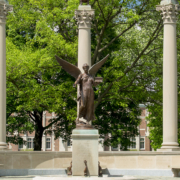 The Risks, Rewards of Entrepreneurial Learning 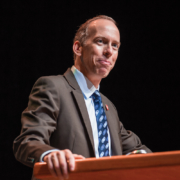 Teaching Our Students to Flourish in the 21st Century 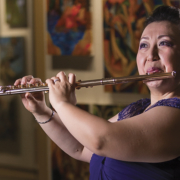 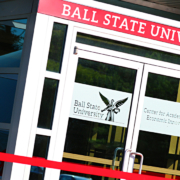