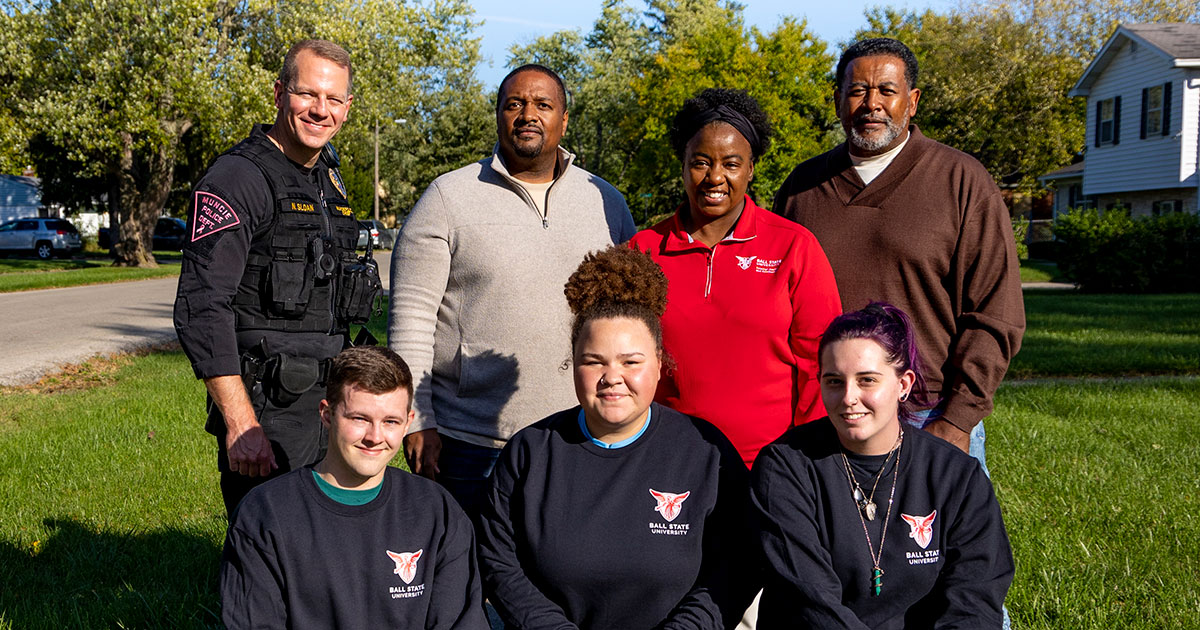 Last May, about 50 residents of Muncie’s Whitely neighborhood participated in a forum aimed at enhancing community relations with Muncie and Ball State University police officers. They performed mock traffic stops and, in an eye-opening role reversal, made mock arrests of police officers, depending on the scenario.

The forum—facilitated by Ball State University students—took place amid a year of nationwide protests aimed at addressing police brutality.

“I think as a result of these and other forums, we’ve been able to better appreciate where the other side is coming from,” said Frank Scott, president of the Whitely Community Council, which represents a predominantly Black community on Muncie’s East Side. “I think many of us never realized the pressure police are under and all the things they have to take into consideration in one instant.”

Also important, Mr. Scott said, was the opportunity for residents to sit down with the officers and talk about non-police related matters such as their hobbies, favorite sports teams, and family roles.

The students facilitating the forum were pupils of Dr. Kiesha Warren-Gordon, an associate professor of Criminal Justice and Criminology who earned her bachelor’s degree in Criminology from Ball State in 1995. Dr. Warren-Gordon is also director of the University’s African American Studies program.

“Whitely is an older community. It has always had a good relationship with police,” Dr. Warren-Gordon said. “What changed with student involvement was having formal programs that supported community dialogue with police.”

Mr. Scott said the students’ involvement helped provide a connection between the neighborhood and the police officers.

“The students are valuable because they are like the go-between, between us and law enforcement,” he said. 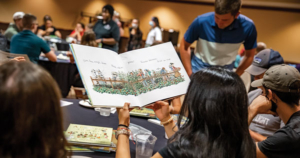 A Ball State student selects a book to read to the Whitely community children with the MPD at an event on campus this past Fall.

In launching her capstone course for Criminology and Criminal Justice majors in 2018, Dr. Warren-Gordon had a specific goal in mind: to help facilitate the establishment of authentic partnerships in the Whitely neighborhood.

“This is about building an understanding that policing is not just about carrying a gun and arresting people; it’s about building partnerships with the communities they serve, building trust,” she said.

Dr. Warren-Gordon encouraged her students to focus on needs directly expressed by Whitely residents through surveys and dialogues. The students, she said, don’t provide input on what needs to be done; rather, they help explain to the community members what they hope to achieve, and they help come up with creative ideas to help achieve their goals.

With that input, students working in teams organized a forum last Spring at the Muncie Fieldhouse. Students presented suggestions for activities to engage police and community members. One suggestion came from Jordan Olson of St. John, Indiana, who outlined her plan to implement a program in which police officers would read to small children.

The Muncie Police Department committed to the reading program this year. Ms. Olson’s efforts earned her an Outstanding Research Award from the Department of Criminal Justice and Criminology. After graduation, she plans to study forensic psychology in graduate school.

“I think the best part for me was seeing people in the community have the chance to talk with officers,” Ms. Olson said. “The police seemed grateful to be included, too.”

“We are definitely open to building community partnerships,” said Nathan Sloan, ’00, who became chief of the Muncie Police Department in 2020. “I can’t say enough good things about Dr. Warren-Gordon’s efforts and her students.”

Chief Sloan was especially excited about the reading project and an upcoming 5K run.

Since the forum, Sloan’s department has ramped up community relations efforts in many Muncie neighborhoods. Last Summer, Sloan even jumped into a swimming pool in full uniform to show his enthusiasm.

Another capstone project featured a team of five students collaborating with the Whitely Community Council, Muncie and Ball State police departments, and local attorneys to create a pamphlet outlining civil rights and universal protocols for having safe encounters with law enforcement. The project stemmed from residents’ comments that they did not know their personal rights when it came to interactions with the police. 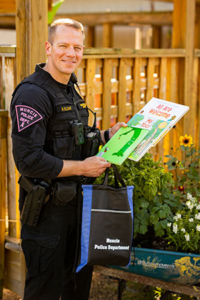 MPD Chief Nathan Sloan brings books to read to children at the Motivate Our Minds event in Whitely neighborhood.

Another student team interviewed Whitely residents about experiences with police that changed their lives.

The stories took the form of monologues performed at the Muncie Fieldhouse. The students’ work was guided by the Facing Project, a Muncie-based nonprofit that gives tools and a platform for individuals and communities to share their stories, connect across differences, and begin crucial conversations on difficult, complex issues.

Launched by alumnus J.R. Jamison, ’01  MA ’03, and author Kelsey Timmerman, Facing Project has reached more than 80 communities across the country so far.

Mr. Jamison—who also serves as executive director of the Indiana Campus Compact and has spent the past two decades promoting community engagement in higher education—recalled one particularly memorable story shared by a Whitely resident. It was later broadcast on the monthly online NPR podcast airing Facing Project stories.

The first-person account, told to Kennedy Loveless, ’20, and Nicole Bailey, ’19, captured a turning point for one Whitely resident. Years ago, when the resident was arrested by Muncie Police for outstanding warrants, the man considered jumping out the window of his son’s house.

“After about 15 minutes of them knocking and waiting on me, I went on down and turned myself in …” the account read. “… One of the officers said to me, ‘You are going to be all right,’ and he prayed for me.”

The man was taken under the wing of Robert Scaife, who personified a humane approach to policing. The retired Muncie police detective now serves as pastor at Union Missionary Baptist Church in Muncie.

“Now when I sit back and look at the big picture, I wasn’t arrested; I was rescued,” the man was quoted in his narrative.

For Dr. Warren-Gordon’s students, the capstone course can have a lasting impact.

“I loved getting to interact with all of the people we interviewed,” one student told Dr. Warren-Gordon in an email. “You are a wonderful example for all of your students on what it means to be involved and give back to the area.”

Mr. Scott said that Dr. Warren-Gordon’s ongoing class gives students the chance to get to know community members as people, not just stereotypes.

“I enjoy working one-on-one with the students and having the opportunity to change someone’s ideas regarding living and working in predominantly Black communities,” he said.

Alivia Varvel, ’19, who grew up in the small community of Brownsburg, Indiana, said the capstone experience broadened her perspective. As a certification specialist for the State of Indiana’s Division of Supplier Diversity in Indianapolis, she assists women and minority-owned business enterprises in completing applications required to compete for state contracts.

“The class helped me discover the importance of teamwork and relating to people of other backgrounds,” Ms. Varvel said. 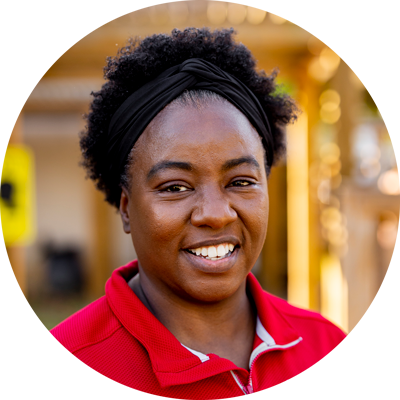 “This is about building an understanding that policing is not just about carrying a gun and ar-resting people; it’s about building partnerships with the communities they serve, building trust.”— Dr. Kiesha Warren-Gordon, ’95

Ball State President Geoffrey S. Mearns sees a close link between Smith’s contributions and one of the University’s core values of service to others.

“Lt. Smith is known for his warm smile and his quick wit. He is beloved by many of his colleagues, our students, and many more of our graduates,” President Mearns said. “I know he has been inspired and encouraged by our University’s mission. I’ve certainly been inspired by him.”