Thanks to the work of talented staff members and alumni, a 3D rendering was created of the University’s iconic statue  that will be used to virtually introduce her to new students and show why she’s an institutional icon. The first project is a video.

One of  the most notable works by Fillwalk and the lab is a 3D representation of various stages of Stonehenge’s construction and celestial alignments in an interactive virtual simulator featured on History Channel’s The Universe.

Beneficence, finished in 1937, symbolizes the generosity of the five Ball brothers whose land donation to the State of Indiana allowed Ball State to flourish. 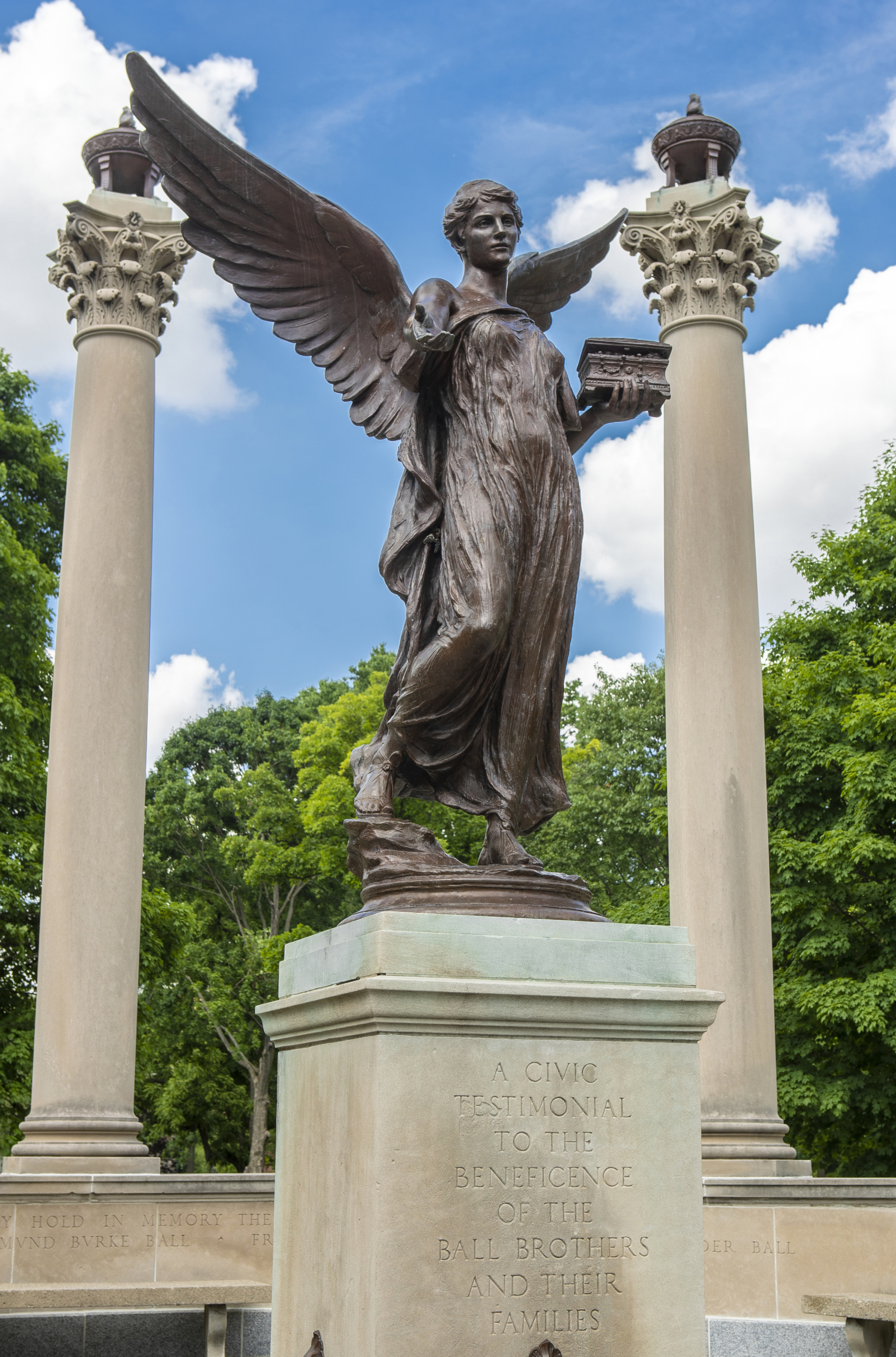 Down to the finest details

Creating a photorealistic model of Beneficence was another challenge for Fillwalk and his staff—including Adam Kobitz, ’12 MFA ’13, Trevor Danehy, and Neil Zehr—collaborated on the project. Members of the team spent a couple of sunny afternoons gathering images of the statue from every angle, using high-resolution cameras on the ground and mounted on a drone to capture images from above.

Using specialized software, the lab then produced a 3D simulation showing all of the fine details and textures of the statue. Fillwalk noted the model can be used in animation or even to produce miniature reproductions of the 1937 sculpture, which was the last commissioned work by renowned artist Daniel Chester French, creator of the Abraham Lincoln statue in the Lincoln Memorial in Washington, D.C.

Ball State and the IDIA Lab also partnered with Ball State alums Eric “Ike” Eicher, ’98, and Bryan Kryder, ’19, who run RightHand, an Indianapolis-based marketing and advertising firm. The pair developed a video using the IDIA Lab’s 3D model. Together, they tell the story of Ball State and Beneficence.

‘Not only tell, but show’

The video will be used in various ways, including email messages, social media, and the Ball State website. It is a reminder that Beneficence is at the core of the campus identity; the pledge named after her speaks to the enduring values of Ball State’s community.

“Everything I learned at Ball State is now coming into strategic and creative practice in collaboration with John Fillwalk and his staff,” Eicher said. “To be a part of something so critical to Ball State’s future is special.

“We wanted to not only tell, but show, how Ball State has traditionally thrived through challenging times like the Great Depression and recessions. The University’s faculty, staff, and leadership have moved students forward and Ball State has collectively come out stronger each time.”

5 Great Summer Hangouts in (and around) Muncie
Scroll to top