[dropcap]S[/dropcap]erving as a U.S. Marine for seven years in global hot spots like Somalia and Iraq gave Ball State senior Greg Lane a much bigger perspective on the things that really matter, he said. “While I served our country, my chief purpose was to help those in need, to protect those who weren’t able to protect themselves.”

Lately, the nursing major is focused closer to home. While intending to pursue a career in medicine, he also wants to address what he sees as a pressing need among his community of other military veterans.

Greg believes that the 9 million-plus veterans enrolled in the Veterans Health Administration’s health care program should receive that care more efficiently and effectively. “Whether it be the lack of medical staff, inexcusably long wait lists, or distance away from a VA health facility, access to medical and mental health care is a major problem for veterans.”

That commitment, along with military and later law enforcement service plus volunteer work on campus, made Greg one of fewer than 200 national finalists for a Truman Scholarship this past Spring.

Considered among the nation’s most prestigious and competitive scholarships, the scholarship named for President Harry S. Truman targets juniors who intend to pursue public service and pledge to be “change agents” in their careers. Students also must have an extensive leadership record.

As a Marine, Greg received medical care quickly and always had access to a primary care physician. When he was medically discharged from service due to knee injuries, he waited almost 11 months to be assigned a doctor. After that initial visit, it was an additional three months for an X-ray, a month for those results, and three more months to finally get his first MRI.

“I knew I wasn’t the only person suffering from care like this,” Greg said, “but it wasn’t until I looked into the VA health care system that I found out some veterans were dying while waiting to see a primary care doctor for medications to treat chronic conditions.”

Greg has set a course he hopes will put him in a position to help solve those problems. “I intend to pursue a career in medicine, specializing in orthopedic surgery, while advocating for a better health insurance system for veterans struggling to receive proper health care.”

Greg practices in the School of Nursing’s Simulation and Information Technology Center. His career goals include improving veterans’ health care.

When Jennifer Metzler heard those plans, the assistant professor of biology advised Greg to consider adding a pre-med and chemistry minor. She said she knew it was a lot to ask of the already-busy father of two, but “I think he really thrives under pressure and truly enjoys the challenge he has given himself, which is the personality you need to succeed in medical school and beyond.”

Greg’s decision to enroll in Ball State’s nursing program was prompted by overhearing his 5-year-old son tell a friend: “My dad shoots bad guys.” After the Marines, he worked for two years for the Madison County, Indiana, Sheriff’s Department, helping put away dealers who were distributing illegal drugs in the community. It was important work, but his son’s remark — and his struggles as a veteran receiving health care — inspired him to consider other options.

He’d taken combat lifesaver courses in the Marines and felt like he’d excelled in them. When he learned about Ball State’s nursing major, it sounded like the perfect fit. He liked the idea of a rigorous program that would challenge him, just as his military training had done.

At first, Greg said he found it difficult to get acclimated as a veteran and an older student and wondered if other veterans felt the same. Through Ball State’s Office of Veterans Affairs, he learned of the Student Veterans Organization, which at the time had few members. After being elected president, Greg launched outreach efforts that brought the membership to 28.

He also guided the launch of a mentorship program for the veterans’ group. Now, a committee assesses every veteran who enrolls at Ball State for his or her major, military background, and level of interest in the group and getting assistance. Mentors give advice about class schedules, workloads, and common mistakes to avoid.

SUPPORT FOR VETERANS Ball State, named a military friendly institution, has an Office of Veterans Affairs that helps veterans, reservists, guardsmen, and family members. The office provides certification each semester for about 400 student-veterans and family members who receive education entitlements. It also offers advice, advocacy, guidance, and outreach services.

Former veterans affairs benefit coordinator Kurt Noel recalled expressing concern that Greg’s commitment to the mentorship program might conflict with his already busy school and family commitments. Greg assured him that he would find the time.

“Nearly everything Greg does focuses toward the greater good — improving student life, the local community, or society as a whole,” Noel said in a Truman Scholarship recommendation letter, part of a five-month application process.

Though not previously acquainted with Greg, Barb Stedman, director of national and international scholarships, felt he was an ideal candidate, and after meeting him knew instantly her instincts had been correct. “Greg, being a former Marine, has a very impressive presence. He’s confident, articulate, and committed in everything he does.”

Greg credits Stedman with helping him be so well-prepared for the scholarship finalist interviews in Chicago last Spring. “Getting this scholarship would’ve meant a lot to me and opened a lot of doors,” he said, “but I will continue to help veterans.” 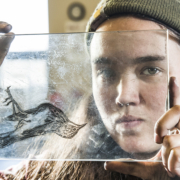 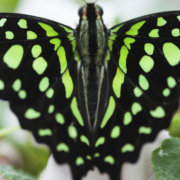